Where Are They Now?

In 2012, over 23,000 children “aged out” of the foster care system at age 18 in the United States alone. Below are some brief stories of young adults who experienced aging out and are trying to carry on and succeed in the adult world:

Take Adrian, now 27. After being placed into foster care at 6 because of his mother's drug and alcohol abuse, he stayed in care, moving from home to home, until he was 18 and too old for the system. He found the strength to try to put himself through college, using the county van his caseworker helped secure to move there.

His roommate got to go home on school breaks and had a mother who called to check in on him. Adrian had no one to call when he struggled at school -- nowhere to call home, no one to send a gift, no one to see how he was doing. He worked nearly 60 hours a week just to pay for college, and when eventually his grades slipped, he was kicked out. He struggled with the ups and downs of depression. As Adrian said of children in foster care: "We are not equipped to go through this world alone."

Renee, now 25, was young when her mother became addicted to drugs and could no longer care for her and her brother. They were placed in foster care, moved around within the system, and eventually aged out. She had nowhere to go after foster care.

Now on her own as a young adult, she's facing obstacles that could have been avoided. Renee told me that, "For children who have never been on their own before, they're really in a bad situation once those first few months of support stops. If I can't pay a bill, who's going to help me pay it? I had to be a trailblazer, that's all I knew. It was a survival tactic. I still feel like I don't have any guidance. Everything for me is trial and error, and I hate that."

More statistics on aging out:

• Only half will be employed by age 24

• Less than 3% will earn a college degree

• 1 in 4 will have experienced post-traumatic

stress disorder at twice the rate of U.S. war veterans

For more information on how you can help support aging out foster children, please visit our GET INVOLVED page.

To give a donation, visit our DONATE page. 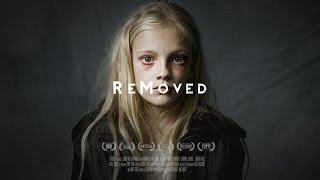